Physical Appearance and History of the Brussels Griffon Dog Breed 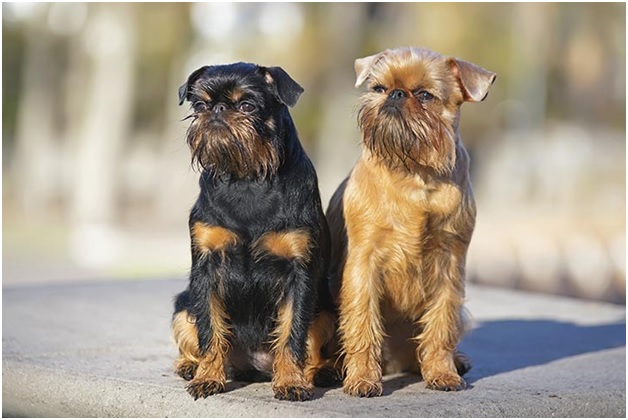 Brussels Griffon Dog Breed – Some high-profile canines have ties to the nation of Belgium. Some of the most notable ones include various varieties of Belgium Shepherds and Bloodhounds.

But other than these, some not-so-popular canines also have ties to this country. Some of them include Bouvier Des Flandres, Schipperke, Phalene and Papillon, and several others. For more information on this, you can check here.

Let us talk about the Brussels Griffon Dog! 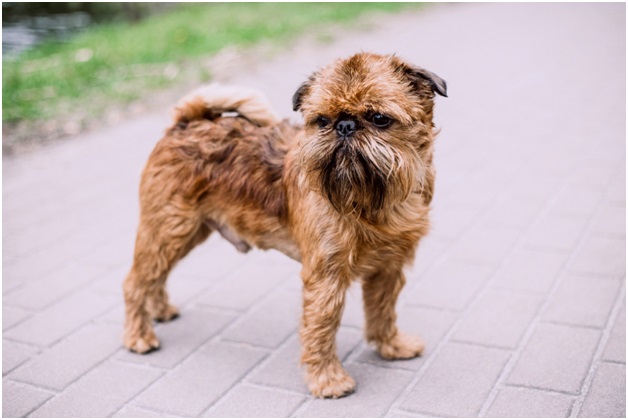 It is a toy dog and fits that term in every sense of the word. It looks that way in size and height.

Speaking of size, it would be quite unusual to see one that exceeds 13 pounds. If it does, it would be by a bit. This could even mean the dog is obese or have a health complication that makes it overweight. The average weight of this canine creature is between 7 to 13 pounds.

Just so you know, the size discussed above is for a well-grown adult. Puppies weigh a lot less. You would not even find it difficult to carry them in your palm. That is how lightweight they are.

Considering that they are toy or small breed dogs, a full-grown adult would not exceed 11 inches in height. Just as we stressed with size, it is very rare to see one that is taller than 11 inches.

The activity level of this animal is somewhere around 40%. This is quite interesting considering that they are toy dogs and many small breed dogs need some pushing before they are active. One of the reasons is the uniqueness of its body.

About that, you should know it has a strong body build. It is so strong especially when you consider its size and height.

The features of its head are one of the attractions for people. It has a skull that is large, round, and broad compared to its size.

Some of the reasons for this facial look are the powerful jaws, a nose that is placed between the far-extending eyes, a muzzle that is short, and several other things. You can see Holistapet to learn more about the physical appearance of this canine breed.

History of the Brussels Griffon Breed

The Brussel Griffon is one of 3 varieties of a dog breed that has ties to Belgium. The reason for this is that more than one dog breed was cross-matched with a primary breed.

The primary breed in question is the Smousje. This ancient breed was notable for helping stable workers and Belgium coachmen to get rid of rodents. They had the structural makeup, physical strength, and alertness to get the job done.

So, the question is how did they evolve into a creature that cannot do as much as hunt rodents. The answer lies in the canine breed they were crossed with. The breeds in question are the pug, English Toy Spaniel, and the Affenpinscher.

Some canine associations and lovers do not see these 3 as varieties of the same breed. Instead, they choose to see them as different breeds.

However, we do not share the same judgment as with many other reputable canine associations. The reason is that there is not enough reason to separate these 3.

For the record, the major differences between them are down to their coat features and color differences. Their personality traits are the same as well as many other things. This is why we are discussing them together.

Although it was a common dog in Brussels and Belgium at large, it did not have so much popularity in other parts of the world. To be fair, it still is not a very common canine creature among dog owners, parents, and lovers at large.

However, you should know that there have been some high and low moments as regards this. For starters, the beginning of the popularity of this dog can stay credited to a female royalty that loved them a lot.

This female royalty was Marie Henriette of Belgium. She attended dog shows annually with her griffon dog and this made it a desire for many. Additionally, she showed interest in breeding this dog which increased the popularity and international fame it received.

To be fair, things went quite well for this breed until the 1st and 2nd world wars happened. The fact that they were toy dogs and could not serve functional purposes during the war did not make things better.

But for the relentless efforts of breeders, particularly in the United Kingdom, they would have gone into extinction.

Not too long after the 2nd world war, it became a bit more popular but this did not last. Eventually, it went back to being an uncommon canine creature.

However, there seems to be a recent increased interest in this dog. This has been traced to its appearance in a movie titled “As Good as it Gets”. To be candid, it is not the only uncommon dog that is experiencing an increase interest from humans.

Some have attributed this to the increasing desire of people to raise toy dogs. For more on the history of this canine breed, you can visit: https://en.wikipedia.org/wiki/Griffon_Bruxellois

We have discussed two major subjects that center on Brussels Griffon Dogs. Raising this canine creature is a good decision for people that love the idea of raising toy dogs.

However, you need to remain committed to training it well. This is especially as regards dealing with strangers. Other than this, proper nutrition and regular visits to the vet required.

What is White Eyeliner? – Definition, Uses, Examples and More

4 Amazing Benefits of Turmeric for Skincare

What Are Sherlock Pipes: Their Features, Benefits, And How To Buy One