Is Facial Asymmetry A Thing? 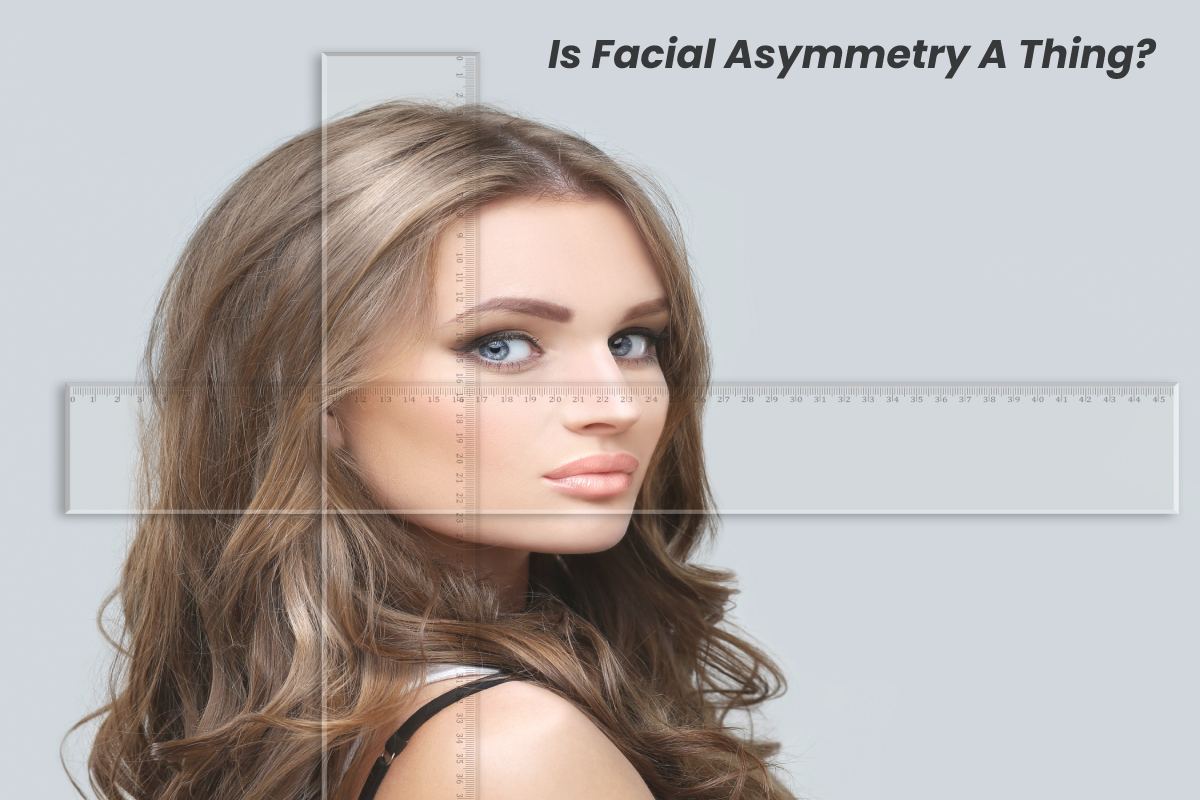 Facial Asymmetry – Many people wonder if facial asymmetry is a thing, and we can find the answer to that question in two different ways. The first way is by looking at the science behind it. Scientists have done studies on both humans and animals to determine if there was any correlation between how one side of their face looked more masculine or feminine than the other and whether they were born with an obvious physical defect like a cleft lip or palate. They found that while there may be some minor differences, these are not enough to warrant any medical attention for most people.

The second way to answer this question is by looking at the facial asymmetry statistics of people considered beautiful and those who aren’t. There has been a lot of research done on what makes someone beautiful, and they can be broken down into four different categories: symmetry (of face, body, etc.), averageness (average features), sexiness (sexual dimorphism), and youth.

To determine if someone was beautiful, scientists had to define what they found attractive in a face and then measure the symmetry of their faces against these standards. While there were some variations between cultures (i.e., an oval shape is considered more feminine than a square one), most people who are seen as beautiful have facial symmetry.

However, when looking at the facial asymmetry statistics for people considered average or unattractive, the numbers were much more different. No one feature set them apart from those deemed beautiful, but rather it seemed to be a compilation of all four categories together.

The impact of facial asymmetry on patient psychosocial well-being is increasingly gaining medical attention. A recent study conducted at Eastern European University revealed that facial asymmetry might be a significant factor for body image disturbance. In the study, researchers asked participants to rate their perceptions of symmetrical and asymmetrical faces on different parameters such as attractiveness, health, dominance, trustworthiness, and aggressiveness.

In general, the perceptions of asymmetrical faces were negatively associated with all investigated parameters. Facial asymmetry was a better predictor for attractiveness than age-related changes in both men and women.

The importance of symmetry is not limited to physical characteristics alone, as it appears that humans also have a psychological preference for symmetry. Recent studies show that infants as young as 2-8 days prefer symmetrical faces over asymmetrical faces. Similarly, adult humans appear to hold similar preferences for facial symmetry.

Researchers have hypothesized that the preference for symmetrical faces is innate and may be an evolutionary adaptation because asymmetry was previously thought to indicate poor genetics or health. However, recent studies have shown that facial asymmetry may also influence mate selection in humans.

One study found that symmetrical faces are often perceived to be more attractive than asymmetrical faces when judging short-term romantic relationships. This preference reflects the hormonal status and genetic quality because these characteristics usually indicate an individual’s ability to secure a mate and survive the disease.

On the other hand, people may perceive asymmetrical faces as more attractive for long-term relationships because no immediate genetic benefit is apparent, and women prefer men who appear reliable and able to provide support. Understanding that facial symmetry influences social interactions can help improve patient care in plastic surgery. For example, patients with facial asymmetry may experience enhanced communication from their physicians because of the immediate awareness of their appearance.

These results can also help shape future research in medical fields such as plastic surgery, where practitioners should consider the psychosocial impacts that facial symmetry has on patients. In addition, more research is needed to determine why humans prefer symmetrical faces for short-term relationships but asymmetrical faces for long-term relationships.

These studies can provide insight into how the preference for facial symmetry relates to the importance of psychosocial well-being in patients considering plastic surgery. These results generally show that human facial preferences echo other mammals and maybe an evolutionary adaptation.

Normal facial asymmetry occurs due to different environmental influences at the embryonic stage of development. Physical factors such as genetics, stress, and malnutrition can also account for this difference in the appearance of an individual later on in life. Although most people are affected by some degree of facial asymmetry throughout their lives, approximately 1-2% of the population is significantly affected by facial developmental disorders which result in disfigurement. These disorders are usually characterized by a lack of development or prominence of either side of the face.

Because the brain cannot easily process asymmetrical features, they cause difficulty identifying faces and interfere with communication because negative emotions often arise when an asymmetric face confronts an individual.

Facial asymmetry is often associated with a facial developmental disorder or congenital disease; however, it can also stem from acquired disorders that usually cause only one side of the face to be affected. Although many facial pathologies can lead to asymmetrical facial features, some diseases are more likely than others to result in certain facial asymmetries.

The following is a list of five developmental disorders that most frequently result in asymmetrical facial features:

Bilateral facial development (or symmetry) is a key characteristic of the human face, and symmetry is often associated with beauty and perfection. Facial asymmetry can be measured using several techniques, but many studies have used facial angles to estimate facial asymmetry.

How to fix Facial Asymmetry?

People with facial asymmetry may choose to pursue surgical methods to balance their faces. This can be achieved through either surgical expansion or contraction of the skeletal framework with the subsequent realignment of the soft tissue structures in the malar eminence and chin region to produce a more symmetric appearance.

There are several ways to approach this depending on the severity of the asymmetry.

One method is to modify primary and secondary facial growth timing by changing when certain permanent teeth erupt to make them coincide with normal development. Other techniques include manipulating bone structure during actual surgical procedures by repositioning it or realigning it to create a more symmetrical face.

Some nose job limitations might cause the nose to look too different from another side which causes asymmetry. However, a nose job doesn’t mean you cannot change your nose shape or nose tip. You can still change nose structure, but symmetry would be challenging for some patients.

Nose surgery is safe and effective in most cases. And also, Nose surgery can be limiting because nose surgery cannot get the nose to look quite the same on both sides. Nose surgery does not create nose symmetry. However, a nose job doesn’t mean you cannot change your nose shape or nose tip. You can still change nose structure, but symmetry would be challenging for some patients.

How Has Kratom Revolutionized the Medicine Industry?

What To Expect Following a Nose Surgery